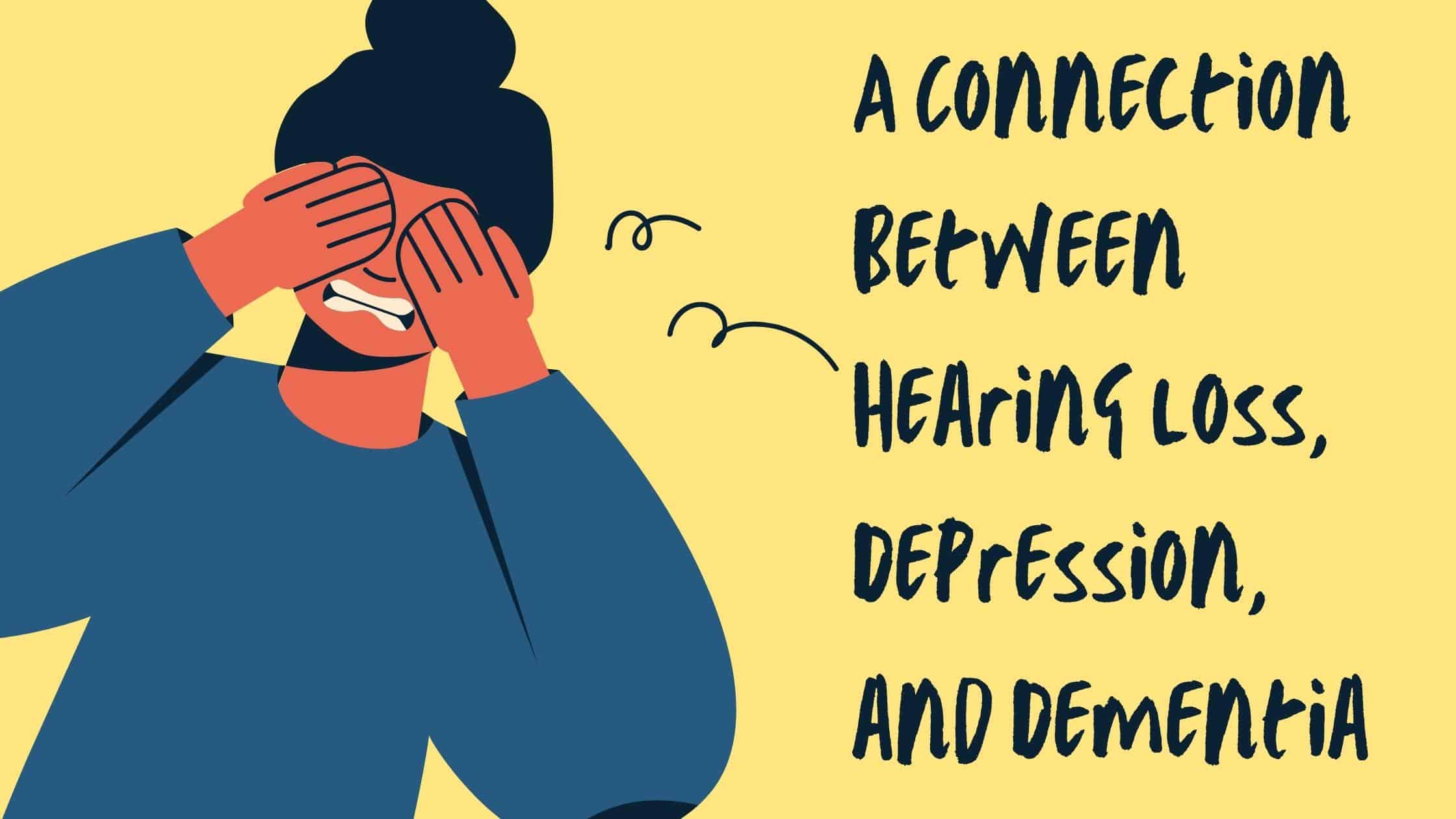 Hearing loss has some startling links to other health consequences, according to those who study it. Not only are people with untreated hearing loss more prone to develop physical ailments like heart disease and dementia, but they also have higher rates of mental and cognitive issues than the average population. In addition, hearing loss is linked to a greater incidence of depression and dementia, but tying them all together can be difficult.

A group of researchers led by Katharine K Brewster of the New York State Psychiatric Institute at Columbia University College of Physicians and Surgeons examined a significant collection of data on the three illnesses to find an answer to why hearing loss, if left untreated, could lead to a higher risk of depression and dementia. Let’s look at the findings of this study and any possible relationships between the three illnesses.

The study into depression, dementia, and hearing loss

A dataset called the National Alzheimer’s Coordinating Center Uniform Data Set was utilized by Columbia University researchers to collect information on 8529 participants aged 60 and over who were free of cognitive impairment at the start of the study to gain a sense of the relationships between various health outcomes. This group included participants with and without hearing loss, depression, and persons who had developed these conditions before starting the study.

After examining these connections, the researchers wondered if hearing loss or depression were indicators of a person’s probability of developing dementia. Indeed, both illnesses were linked to an increased risk of dementia, according to the findings. Age-related hearing loss was highlighted in particular, and it was found to have a solid link to dementia. Similarly, those who were depressed at the start of the study were more likely to develop dementia later.

So what could be the common thread that binds these findings together? Researchers analyze what previous studies have shown about the relationship between hearing loss and depression to address that question.

These disorders are not only associated with an increased risk of dementia but are also linked to one another. For example, other research has found that those who have untreated hearing loss are more likely to be depressed than people who do not have hearing loss. Perhaps this extra link is the missing piece of the puzzle that connects all three.

Hearing loss causes some people to avoid social situations where they can’t easily grasp what’s going on. In fact, rather than attempting to connect with a reality that makes no sense, some people socially isolate themselves. Strong social and family ties are known to be beneficial to mental health and cognitive abilities in later life.

Dementia is more common in people who do not use their communication skills through verbal language. Seniors are advised to retain connections with others and to continue reading, writing, and even completing language-based games such as crossword puzzles since flexing our linguistic skills appears to be a critical building block of ongoing cognitive health. Hearing loss could also play a role in the relationship between depression and dementia. Those who struggle to communicate due to hearing loss are more likely to stay at home and avoid social situations. Not only may this avoidance contribute to depression, but it can also contribute to cognitive loss.

Time to treat your hearing loss

This information suggests that you should obtain a hearing test immediately if you think you have a compromised hearing. Studies on the effectiveness of treatment for cognitive decline are mixed, but it’s crucial to acquire a whole picture of your hearing capacity to make informed judgments. In addition, because age-related hearing loss can progress quickly, it is critical to get regular hearing tests throughout our senior years.