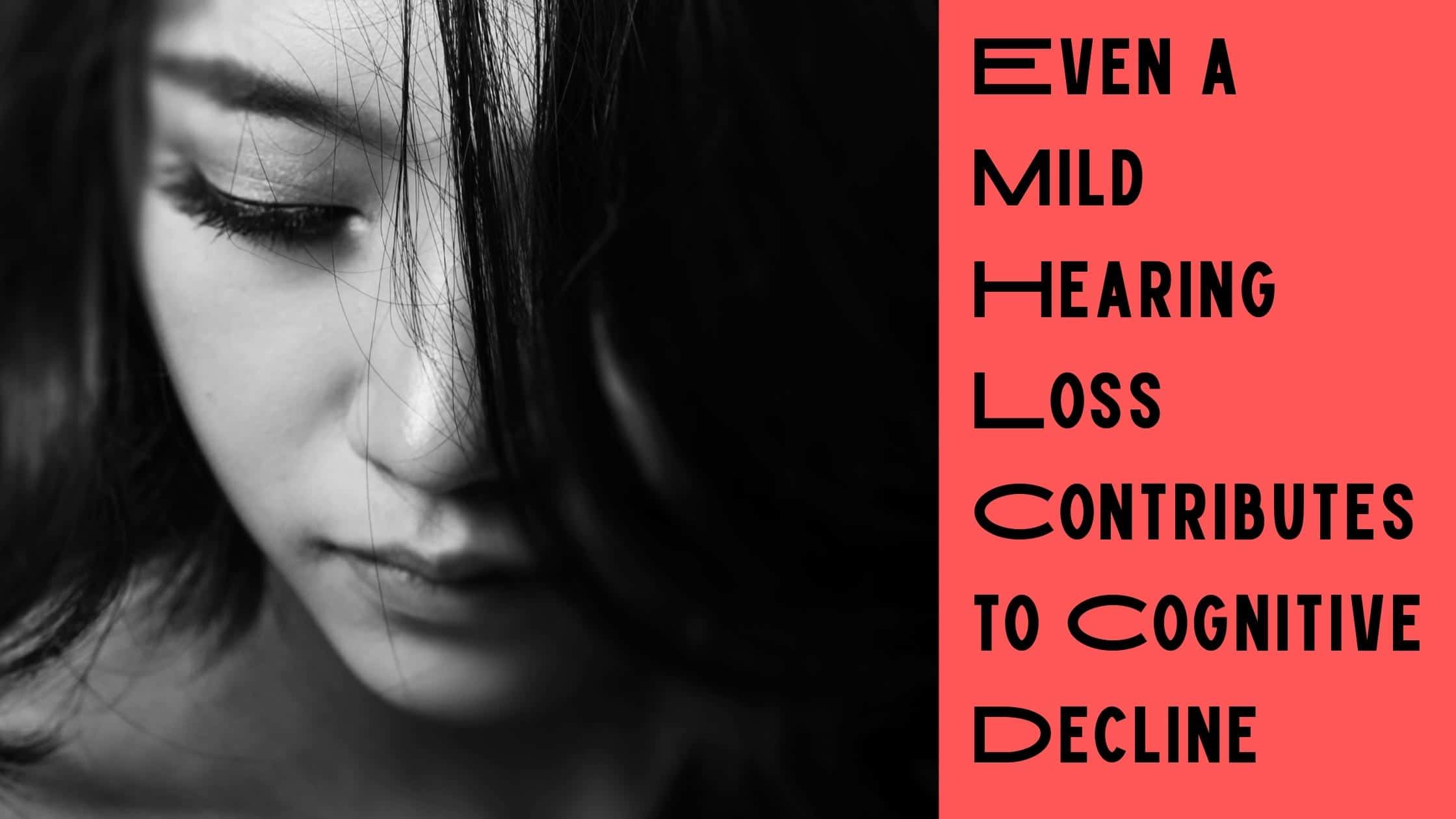 What is Mild Hearing Loss?

Degrees of hearing loss include normal, mild, moderate, moderately severe, severe and profound. These ranges are identified by a hearing evaluation. An adult’s normal hearing range is between 0-25 dB across the frequency range. Anything past this is considered a mild hearing loss. The problem is that mild hearing loss, despite it’s devastating effect on your cognitive abilities can often go undiagnosed. It most often begins slowly, affecting just subtle pitches, tones and frequencies. It may impact your ability to hear whispered conversation, the sound of birds singing, or the leaves gently rustling in the breeze. If someone has remarked on a subtle sound and you have not been able to hear it, you may have a mild hearing loss. While this initially may not seem like a big deal, its effects on cognitive decline are alarming.

A 2019 study published in the JAMA Otolaryngology Head & Neck Surgery journal explored the connection between hearing loss and cognitive abilities. The study examined over 64,000 people over with and without hearing loss. The study found that those with even a mild hearing loss scored consistently lower on cognitive tests, which focused on speed and memory. To make matters more alarming, the research found that even a hearing deficiency of 15dB, considered just a slight hearing loss, seemed to affect cognitive ability. This level of hearing loss is so subtle you may not be able to self diagnose it on your own. Even so people scored lower on cognitive tests in terms of speed, attention and recall.

What is the Connection Between Hearing Loss and Cognitive Decline?

Researchers hypothesize that there are a few ways in which hearing loss can affect cognitive performance. For one thing, we not only hear with our ears but with our brains. When our inner ear becomes damaged, less audio information is passed to the brain. This leaves the brain with less information to decipher speech and the sounds we experience daily. This causes the brain to work overtime in order to decipher what is being heard. Not only is this exhausting but it takes away brain function from other aspects of cognitive function, slowing down the entire process.

When hearing the people in your life becomes exhausting and frustrating it is all too common for people to choose to self isolate. As this goes on for years your brain actually becomes accustomed to receiving less information. Like a muscle the brain needs to be exercised in order to stay sharp and quick. Social isolation has the potential to put people in fewer situations which can stimulate their mind. This is why many studies show that loneliness and social isolation can lead to brain atrophy, or shrinkage, becoming a major cause of cognitive decline and quickly increasing your likeliness of developing dementia.

The important thing to remember is that while hearing loss is often irreversible it is very treatable. When we understand the risk of even a slight hearing loss to our very important brain, it seems like a no-brainer to test for hearing loss annually. While slight degrees of hearing loss are nearly impossible to self diagnose, treating it early with hearing aids can slow cognitive decline and keep you hearing and thinking clearly into your late and great years. One of the greatest gifts you can do for your mind is treat your hearing loss before it becomes a bigger issue down the road.