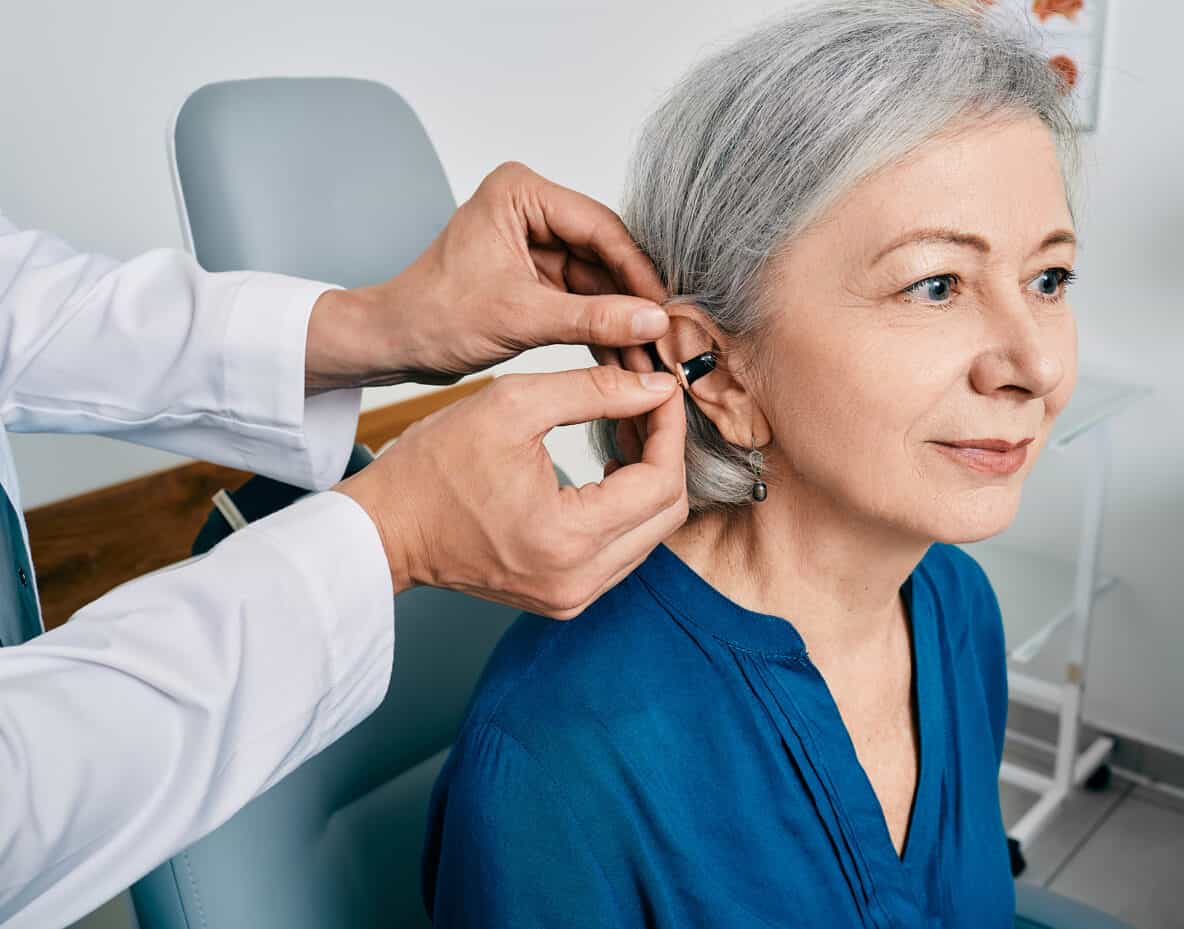 According to the Lancet Commission for Dementia Prevention, modifying risk factors can lead to lower incidences of dementia throughout the world. This convened group, which includes experts across many scientific fields, relayed an updated report in 2020 that included implementing better hearing health care and intervening with hearing aids.

Dementia is a global problem, though its effects are felt disproportionately in low- and middle-income countries. It is defined by the World Health Organization (WHO) as “a syndrome – usually of a chronic or progressive nature – that leads to deterioration in cognitive function (i.e. the ability to process thought) beyond what might be expected from the usual consequences of biological aging.” It is not a disease in and of itself, but rather an umbrella term for cognitive decline.

We see cognitive decline impact a person’s ability to engage in thinking processes like memory, comprehension, learning and language. It can cause a deterioration in decision making and affect mood, behavior and emotional stability.

Nearly six million people in the United States are living with dementia, but as we live longer experts estimate that number will rise to 14 million by 2060. Alzheimer’s is the most common form of dementia, accounting for 60-70 percent of cases worldwide.

How are hearing loss and dementia connected?

People with hearing loss are more at risk for a future dementia diagnosis. A study from Johns Hopkins found that even mild hearing loss doubles the risk of dementia, compared to people without hearing loss. On the other end of the spectrum, people with a severe hearing impairment were five times more likely to encounter dementia.

Frank Lin, M.D., Ph.D., who co-authored the study with five colleagues, followed 639 adults over the course of 12 years. Of their findings, Dr. Lin says that, “brain scans show us that hearing loss may contribute to a faster rate of atrophy in the brain.” In part, he attributes this to social isolation and a withdrawal from conversation which can contribute to cognitive decline.

While the physical architecture of our ears gets the spotlight in terms of our sense of hearing, much of how we hear happens imperceptibly within the brain. The unique shape of our ear funnels noise to the inner ear, where sensitive cells receive the sound. There, these cells transform noise into sound information, in the form of electrical signals. These signals are transmitted to the brain via the auditory nerve. The brain’s processing centers make meaning out of the electrical signals, resulting in our experience of ‘hearing.’

Due to aging or excessive noise exposure, the inner ear cells are harmed and decline. They don’t reproduce or repair themselves, so as we lose cells we also lose access to the full spectrum of sound around us. Our brain receives less sound information and we experience this as hearing loss.

While the connection between hearing loss and increased risk of dementia has long been known, recent studies indicate that hearing aids can slow or even stop the progression of cognitive decline.

From “Longitudinal Relationship Between Hearing Aid Use and Cognitive Function in Older Americans,” a study published in the Journal of the American Geriatrics Society, researchers looked at data collected by a nationwide study that looked at cognitive performance over the course of almost two decades. They found that episodic memory scores slowed their decline after hearing aids were implemented by older adults with hearing loss.

While there are other ways to mitigate dementia risk, like regular exercise, mental health monitoring, reducing stress and avoiding cardiovascular disease, hearing aids have demonstrated success as a dementia prevention treatment.

If you think you’ve been living with hearing loss, schedule a hearing consultation today. Our team of highly trained hearing health professionals will guide you through a simple and painless hearing exam to determine if you’re a good candidate for hearing aids.