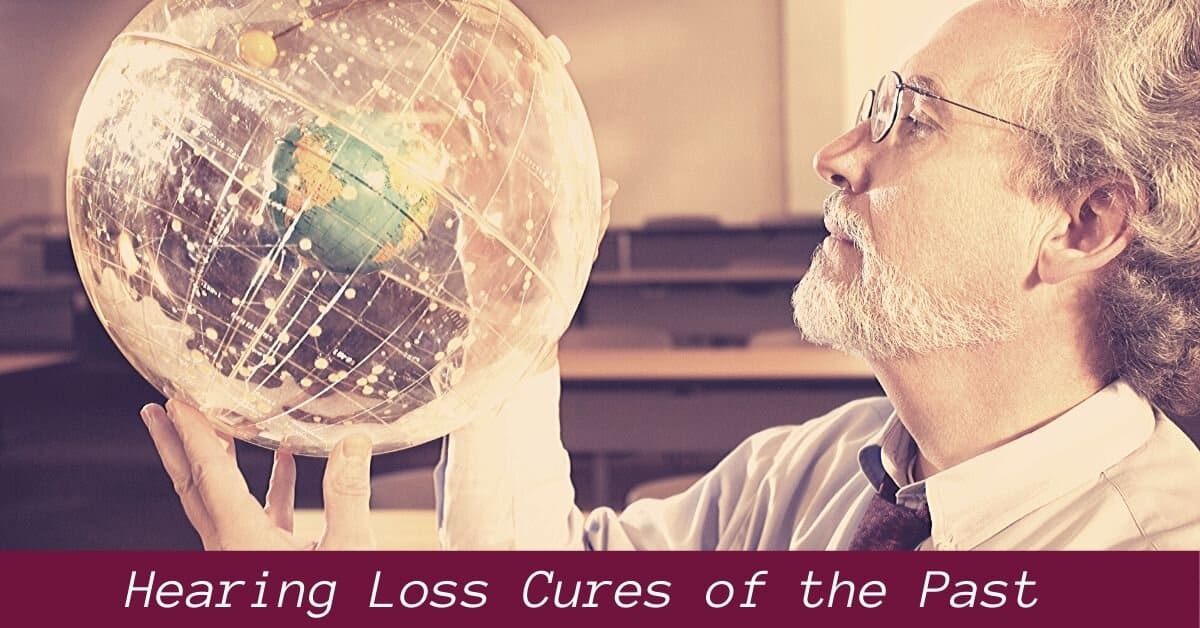 Humankind has made huge strides in treating hearing loss. Hearing aids have become technological marvels: able to integrate with our automobiles and other technology wirelessly; smaller than a thumbnail; able to treat tinnitus and help distinguish speech from background noise. In more recent years we’ve seen the invention of cochlear implants, which bypass the ear and supply sound information in the form of electricity directly to the auditory nerve. While neither of these devices is able to completely restore hearing ability to normal, the work they can do makes a profound difference to the life of a person with hearing loss.

Some forms of hearing loss can be cured with surgery, but the vast majority are permanent. Recent studies conducted by Stanford and Carnegie-Mellon into the possibility of genetic treatments for hearing loss and deafness are promising, but are still a long way from supplying a cure.

Still, the drive to find a cure for hearing loss has led to a long, hopeful history of what ended up being quackery and misinformation. Many sufferers have tried countless approaches to curing hearing loss over the millennia, none of which have been successful. Let’s take a look at a few flawed approaches from the past:

Beethoven, one of the most respected Western music composers in history, famously continued writing music even after he went deaf. Starting in his early 20s, he suffered from tinnitus. It’s now speculated that the treatments he underwent for his tinnitus contributed to his eventual deafness. Doctors subjected him to almond oil earplugs, galvanism (basically, electrocuting his ears) and even isolation, where he was kept away from any sound sources for a time. Fortunately, he returned to society and continued to compose before eventually losing all of his hearing.

In the 19th century, it was thought that stimulating the auditory nerve with vibration could restore some hearing. Vibration was hoped to be a cure for many of the body’s ills. Unfortunately, it didn’t work, though building the contraptions may have been fun! You can find 19th- and early 20th-century vibrators sometimes today, which screw into light sockets and make huge amounts of noise while they throw sparks out of their motors. One thing they won’t do, though, is cure hearing loss.

A cure from the past that was no doubt less successful than placebo, blistering involved covering the affected body part in a caustic plaster that damaged the skin. The pus that emanated from these wounds was thought to be evidence of toxins escaping from the body. Though this practice was frequently employed to treat hearing problems, it has fallen out of use today as it is 100% ineffective and dangerous. When medical students take the Hippocratic Oath and repeat, “First, do no harm,” they might well remember the practice of blistering.

Artificial eardrums have a complicated history, and are actually now being employed to successfully restore hearing in certain circumstances. They were likely discovered to be useful by patients who treated their own burst eardrums by placing a substitute material into their ear canals, such as lint, the membrane from an egg, India rubber, or even tin foil. The practice caught on amongst inventors, and the early 20th century saw a flooding of the market with various replacement eardrums intended to restore hearing and prevent discharge.

Of course, a replacement eardrum could only work if the reason for a patient’s woes was in fact a damaged eardrum in the first place. However, these devices were sold out of magazines as a cure-all for hearing health issues, often with a little piece of string attached so they could be removed at the end of a day.

Today, artificial eardrums are actually a practical solution in cases where a patient’s eardrum is irreparably damaged, though they certainly won’t help someone who is suffering from sensorineural hearing loss or age-related hearing loss.

If you start to notice hearing loss, there are treatments that can help. Start by getting a hearing test and see what your hearing healthcare professional recommends. The sooner you start treating hearing loss, the better you will fare into the future. Just be sure to stay away from any of the “cures” above!