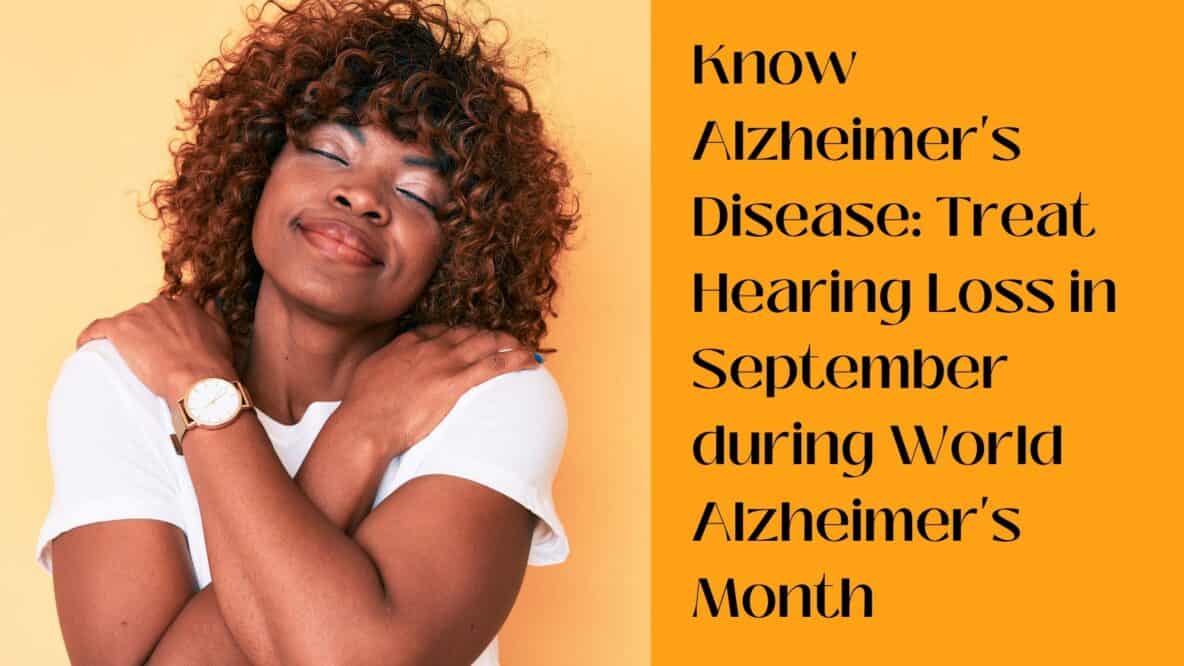 September is World Alzheimer’s Month, which makes it a particularly good time to investigate ways you might incorporate lifestyle modifications that could lessen the chance that you or a loved one receive a dementia diagnosis in your lifetime.

A heartbreaking and progressive disease, Alzheimer’s is a specific disease which falls under the umbrella of dementia, a category of ongoing cognitive decline disorders. Affecting mostly people in their 60s and older, most symptoms of Alzheimer’s begin to appear at age 65 on average. By the time people reach their 70s, almost 14% have a form of dementia. Alzheimer’s is the most common type by far, making up around 60-70% of all dementia cases.

Monitoring hearing health and treating hearing loss is one proven way to proactively guard against being a dementia statistic.

Symptoms of dementia and Alzheimer’s

While the medical community has made incredible strides in understanding dementia and its forms, the specific cause of Alzheimer’s and other forms of dementia are unknown. The symptoms, though, are recognizable.

Early signs of Alzheimer’s, in which the brain shrinks and brain cells die off, tend to be memory related such as a person repeating themselves over and over, forgetting previous conversations or interactions, getting lost in familiar locations and misplacing items (sometimes leaving things in odd places). Eventually, these symptoms progress so that people are unable to function independently.

Dementia can include all of the above and other incidents of an onset of cognitive decline. People may have trouble with basic motor skills and coordination, difficulty with logic and problem solving, general confusion and disorientation and more.

Treatment of Alzheimer’s and dementia

Alzheimer’s and dementia are progressive conditions with no known cure. However, some treatments exist that can help to slow the continuous progression of these cognitive disorders and extend periods with better quality of life.

Scientists have known of the connection between hearing loss and cognitive decline for some time. In 2020, the Lancet Commission released a report that laid out 12 Modifiable Risk Factors, which if addressed, could prevent the development of dementia. On that list was the treatment of hearing loss, an intervention that can support healthier cognitive function in a number of ways.

When hearing is challenged, less sound information reaches the brain. In its absence, the brain may begin to reorganize itself or reassign functions. One theory is that such reorganization lends itself to the development of dementia.

Hearing aids or other treatments for hearing loss can help your brain by providing greater levels of sound information, heading off any need for reorganization that might happen otherwise.

People diagnosed with hearing loss often report feeling isolated and depressed. Certainly, when hearing is compromised it becomes challenging and effortful to connect with others in our highly verbal world. We, as humans, need connection in order to thrive. Isolation and depression can quickly emerge when we lose that ability.

Treating hearing loss enables people to stay connected, fends off isolation and can prevent the depression that comes from loss of connection with friends and loved ones. People who treat hearing loss with hearing aids are much more likely to report improved relationships than those who don’t. And guess what else falls into those 12 Modifiable Risk Factors of Alzheimer’s? You guessed it, both treating depression and maintaining social engagement are on the list.

Undiagnosed hearing loss can shrink a person’s life so much that they no longer participate in activities they love. Whereas once a bridge club or walking date with a pal might have provided a welcome opportunity for mental or physical activity, challenges with hearing and the effort it takes to communicate when you live with hearing loss can make these activities unthinkable.

Treating hearing loss can decrease the effort it takes to engage in activities that require conversation or even the ability to hear simple directions. Once more, card night or a leisurely stroll with a friend can be enjoyable.

If you’re ready to proactively address your hearing health, schedule a hearing test with us today! Our team of hearing health professionals is eager to get you started on a path to healthier hearing.