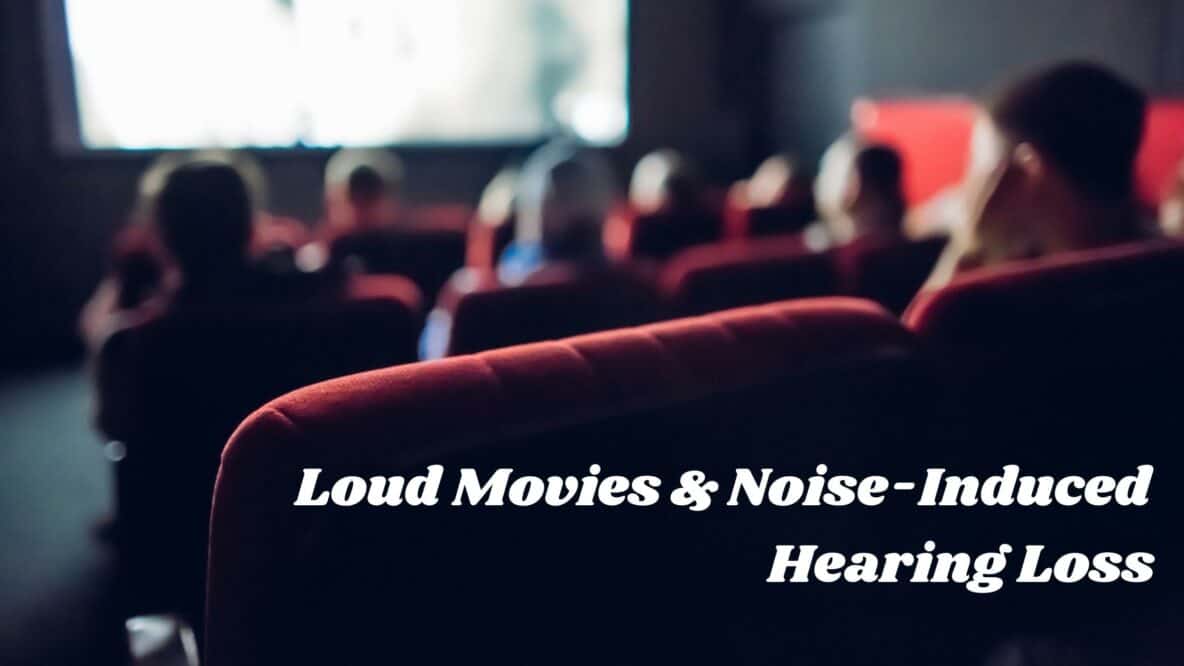 Our world keeps getting louder. Restaurants have become so noisy that on a busy Friday or Saturday evening, sound levels can reach into dangerous decibel territory. It wasn’t always that way, this trend evolved around the 1990’s — as modern luxury became defined by stark interiors and slate floors. These sleek interiors do nothing to absorb sound, and if you add to that a pumping soundtrack, you’ve got quite a racket going on.

Similarly, another avenue of entertainment has become progressively louder over the past few decades: the movie theater. Over the past decade, more and more theater customers have felt assaulted by incredibly high volumes. But, are we actually buying tickets to damage our hearing health?

The increase in theater volume

In 2017, an NBC reporter visited a test group of multiple theaters in the Houston area. She found that the average volume was 94 decibels. An audiologist consulted to weigh in on the dramatic volume levels cautioned against spending too much time in dangerous audio scenarios. ​​“If we’re at 100 DB, you can be in 100 DB for 15 minutes. You can be in 110 or 109 for less than 2 minutes,” he says.

A 2016 investigation by the Today show found similar results. Perhaps most shocking is that it wasn’t simply the explosion-filled action flicks pumping out dangerous volumes. Their reporter found that even an animated children’s film hit a peak of 99.3 decibels. While most of the film clocked in more sedately at under 85 decibels, even a few seconds of near 100 readings is worth pausing over.

How loud is too loud?

Any decibel reading over 85 can potentially harm your hearing. The Occupational Health and Safety Administration allows workers to be exposed to noise up to that level. Once the volume increases, though, there are time limits imposed.

A film that has peaks of noise around 100 decibels is technically safe for your ears, as long as exposure is kept to a minimum. But that begs the question: if theatergoers knew that they were being exposed to sounds approaching dangerous levels, would they still buy tickets?

Here’s the thing, there is no current industry standard or regulation for sound within theaters.

The same film can be played at different volume levels throughout the country, and it’s usually at the discretion of the theater’s management as to what volume levels their establishment uses.

But, you don’t have to sit in the dark about what volumes you’re exposed to. Of course, in days of yore, we weren’t able to conduct tests of how loud our environments were without expensive and intricate equipment. These days, however, reading sound levels can be as easy as downloading an app on your phone.

Perhaps they don’t have exactly the same skillful accuracy, but it’s close enough to be able to take a measurement you can be confident in.

Other recreational activities that are notoriously loud

While you might not have assumed that being a movie buff can have risks to your hearing health, there are other hobbies and recreational activities that carry similar consequences. Rock concerts can be as loud as 120 decibels and even playing classical music, as in a symphony or giving frequent lessons, has shown to harm hearing health. Snowmobiles and jet skis, and other loud mechanical vehicles can harm hearing if used for long periods of time without hearing protection.

Even lawn mowers, ubiquitous in most American neighborhoods, can kick out sound at around 90 decibels.

Ways to protect your hearing

You don’t have to grin and bear it, hoping for the best. You can take proactive steps to protect your current levels of hearing. Invest in sound proof headphones or custom ear plugs in order to increase your level of safety in loud environments. On a personal level, remember that you’re in control of the volumes on your personal devices and stay on top of monitoring that they remain at safe levels.

If you think noisy environments have harmed your hearing health, you can schedule a quick and easy hearing consultation to find out more. We offer comprehensive hearing tests that can give you a good foundation of where your hearing health stands, as well as knowledgeable guidance on ways to enhance your hearing life.