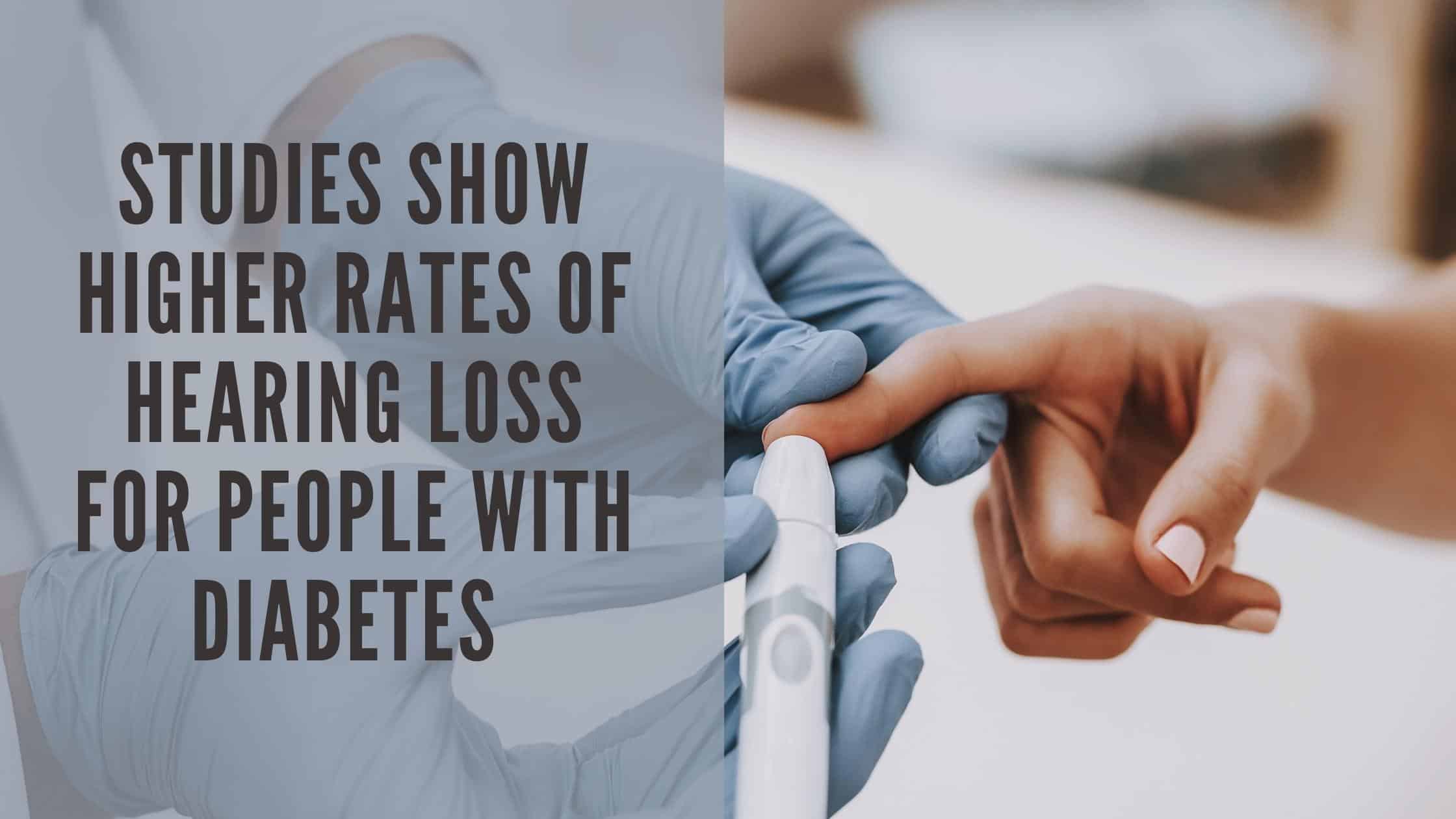 Diabetes affects 34 million Americans or slightly more than one out of every ten persons. With such a high prevalence, it’s critical to recognize warning symptoms and other illnesses strongly linked to diabetes.

Comorbidities are the disorders that are more common in patients with diabetes, according to doctors and experts. Some of them are obvious, such as obesity and cardiovascular disease, but others, such as diabetes-related comorbidities, are more surprising.

Hearing loss is one of these unexpected comorbidities, although statistics show that people with diabetes have a higher prevalence of hearing loss than their non-diabetic counterparts. What could explain this perplexing link? To get to the bottom of the connection, let’s look at the impacts of hearing loss and diabetes, providing insight into the process that connects the two.

How does diabetes work?

A fundamental grasp of both disorders is required to comprehend the link between hearing loss and diabetes. Diabetes is a blood sugar disorder in which there is too much sugar in the bloodstream. Insulin is a hormone found in your bloodstream that aids in the transport of glucose into your cells for energy.

A glut of glucose in the bloodstream can cause various issues in both types of diabetes, including damage to the eyes, kidneys, nerves, and appendages. These connections between diabetes and other disorders hint at a possible explanation for the link between hearing loss and diabetes.

How does hearing loss work?

Although hearing loss can take numerous forms, the most frequent is caused by injury to the stereocilia, which are tiny hairlike organelles in the inner ear. These sensitive cells have evolved to respond to pressure vibrations caused by sound traveling through the ears. The stereocilia are particularly vulnerable to damage because of their sensitivity, which allows them to fulfill their responsive job in the ears.

Noise-induced hearing loss is one way they might be harmed by excessive sound exposure over an extended period. On the other hand, stereocilia can be damaged if they don’t get enough oxygen and nutrients to operate correctly. The best explanation for the link between diabetes and hearing loss is this necessity. The bloodstream cannot convey vital oxygen or pass essential glucose to the stereocilia because too much glucose remains in the bloodstream rather than being given to the cells.

Although it may appear as simple as balancing insulin levels in the bloodstream, many people with prediabetes can have too much or too little sugar in their system. When it comes to diet, especially when it comes to blood sugar, strictly follow your doctor’s advice. The general advice is to eat a healthy diet with a wide range of fruits and vegetables and less red meat. Moderate exercise is a good habit that can help regulate blood sugar levels.

Also, don’t forget standard precautions for preventing hearing loss. If you’re in a setting with much noise, make sure you’re using earplugs and try to avoid these circumstances as much as possible. Limit the level and length of your headphones and earbuds so that you don’t add leisure sound to your everyday noise exposure.

Hearing therapy methods have evolved significantly in recent hearing aids, in addition to these preventative strategies. We can give you support tailored to your needs, thanks to improvements in noise cancellation, voice recognition, and customization options.

The first step is to make an appointment for a hearing test with us! Please contact us right away.