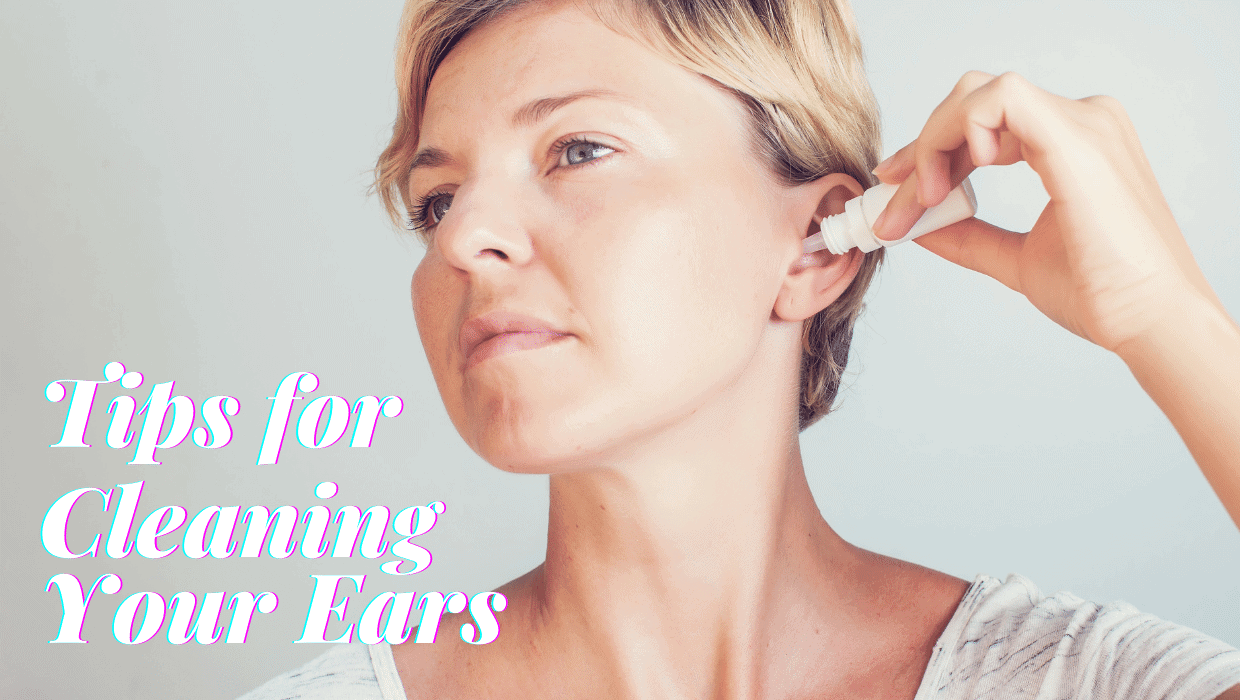 Are your ears feeling blocked? When earwax builds up in the ear it can sometimes make it hard to hear. When it’s time to clean your ears, follow these tips to safely clean your ears and remove excessive earwax.

Earwax might seem like a sticky nuisance, but it actually serves a very important function in the ear.  Earwax, or cerumen, keeps your ears healthy and clean. The sticky earwax will trap any dirt, dust, debris, and even bacteria that enters your ear canal. This keeps your ear clean and safe.

When the earwax has picked up some dirt or dust, it dries out. The dry earwax slowly works its way out of the ear canal while you’re chewing or moving your jaw. Soon it falls out or is washed away in the shower. This is your body’s self-cleaning system that protects your ears.

Many people don’t need to clean their ears at all. However, some people will have excessive earwax in their ear canal. Sometimes the body produces too much earwax, or the shape of the ear canal makes it harder for the earwax to get washed away.

If you notice any of these symptoms, you may have a buildup of earwax in the ear canal.

Not only can these objects cause an earwax impaction, they can also harm your ears. Small, sharp objects can scratch your ear canal, or even puncture your eardrum. This can easily lead to permanent hearing loss.

You should also avoid using ear candles. These long candles are placed into the ear canal and lit. The heat can draw the earwax up out of the ear canal. However, it’s easy to drip wax from the candle into your ear canal, and there’s a high risk of injury from the flame.

How to Clean Your Ears

The best way to clean your ears is with a damp cloth. You can wash the outer ear with a cloth, and remove any dried earwax from the outer ear. Make sure you dry your outer ear after the shower, and tilt your head to remove any water from the ear canal.

Another way to safely clean your ears is with an ear wax softener. You can buy these ear drops from your local pharmacy. Place the drops in your ear to soften the earwax, then drain it from your ear canal. The impacted earwax will begin to soften, and after a few days of using the eardrops the buildup of earwax should start to wash away.

If you have a buildup of earwax that’s affecting your hearing, visit your doctor. They can safely remove earwax from your ear canal using a technique called irrigation. They’ll use warm water to flush out any earwax, and clean your ear canal.

Visit Us for Professional Hearing Healthcare

If you need more tips on how to safely clean your ears, we’re here to help. We’ll do a visual exam of your ears to look for any sign of illness, injury, infection, or earwax impaction. If you have a buildup of earwax, we can help you remove the earwax, or refer you to a doctor for irrigation. Then, we’ll perform a hearing test to make sure you’re hearing all the sounds around you. Contact us today!