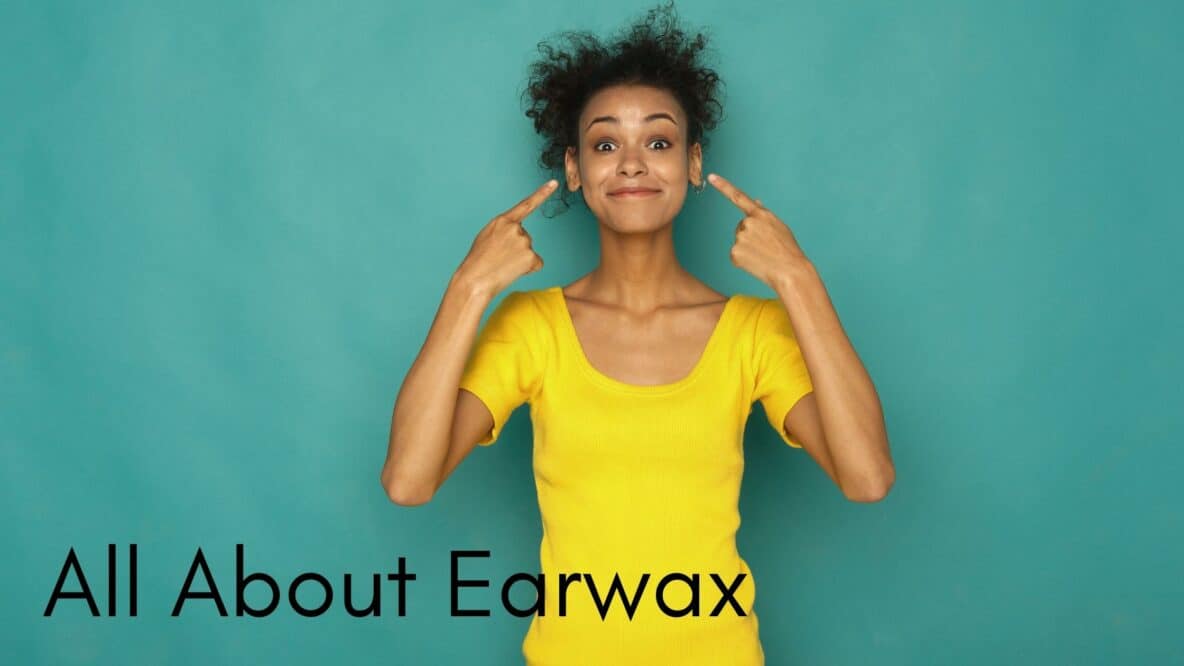 Earwax is that tacky sticky substance that comes out of your ears and often collects around the outer portion. Let’s explore why earwax is pretty fascinating and essential for our hearing health.

Waxes are a diverse class of organic compounds that melt in heat and are insoluble in water. While earwax resembles wax, it is technically called cerumen and is made from a combination of skin cells from the ear canal and secretions from two different glands in the inner ear.

The cool thing about earwax is that it is actually a self-cleaning function for your ears. There is a lot of dust and dirt which is in the air and can find its way into your ear canal. The auditory system is very fragile and has a lot of work to do, collecting sound and sending it to your brain. Cerumen uses its sticky nature to collect dirt and foreign particles and pulls it out of the ear canal to the outer ear. The ear canal is also constantly self-shedding skin cells in order to renew itself. As dead cells drop off, they are pulled along with dirt in the production of earwax.

In combination with dead skin cells, dirt, and foreign matter, earwax also consists of secretions from two glands. These are called the ceruminous and sebaceous glands. The ceruminous gland is a sweat gland located just outside the auditory canal while the sebaceous glands excrete oil which aid in the lubrication of the ear canal. Essentially these secretions contain fatty acids, squalene, alcohols, and cholesterol.

Earwax is not just self-cleaning but can protect against infection. The interior of the ear canal is fragile and a small tear could easily cause infection and swelling leading to an ear ache. The beauty of cerumen is that it is not only lubricating and self-cleaning but naturally antimicrobial. This allows it to stop bacterial infections before they can even begin!

Too Little Earwax a Bad Thing

It may be intuitive to clean out your ears of cerumen, but if you do this too vigorously it can cause issues. If your ears feel itchy it could signify you’ve cleaned out too much earwax. It’s important to let your ears self-clean themselves and only remove the earwax which collects on the outside of the ear yourself. If your ears do feel too itchy, try adding just a drop of mineral oil to your ears to relubricate while more earwax is being formed.

Too Much Earwax is Bad Too

Of course, there can be too much of a good thing. Sometimes your ears overproduce earwax or it becomes impacted, often when an individual takes it upon themselves to try to clean the ear canal with a cotton swab. This can block the ear canal, causing temporary hearing until the blockage is cleared. If this occurs it is time to visit a professional Ear Nose and Throat Doctor (ENT) or Audiologist to clear out the blockage.

There is a Safe Way to Clean Out Earwax

The safest way to clean your ears at home is in the shower. Most of us love a warm and misty shower and this can soften the ear wax and allow it to leave the ears where it can be wiped away from the outside with a soft washcloth. You can also try adding a drop of mineral oil to aid in the process. If you are prone to swimmer’s ear or ear infections, a few drops of rubbing alcohol will dry any moisture which may get stuck in your ears.

Not All Hearing Loss is Due to Earwax

There are several types of hearing loss and earwax is only one. If you are having an issue with hearing loss, it is always a good idea to set up a hearing exam. We can find the cause of your hearing issue and find the best solution to help you hear again in no time.