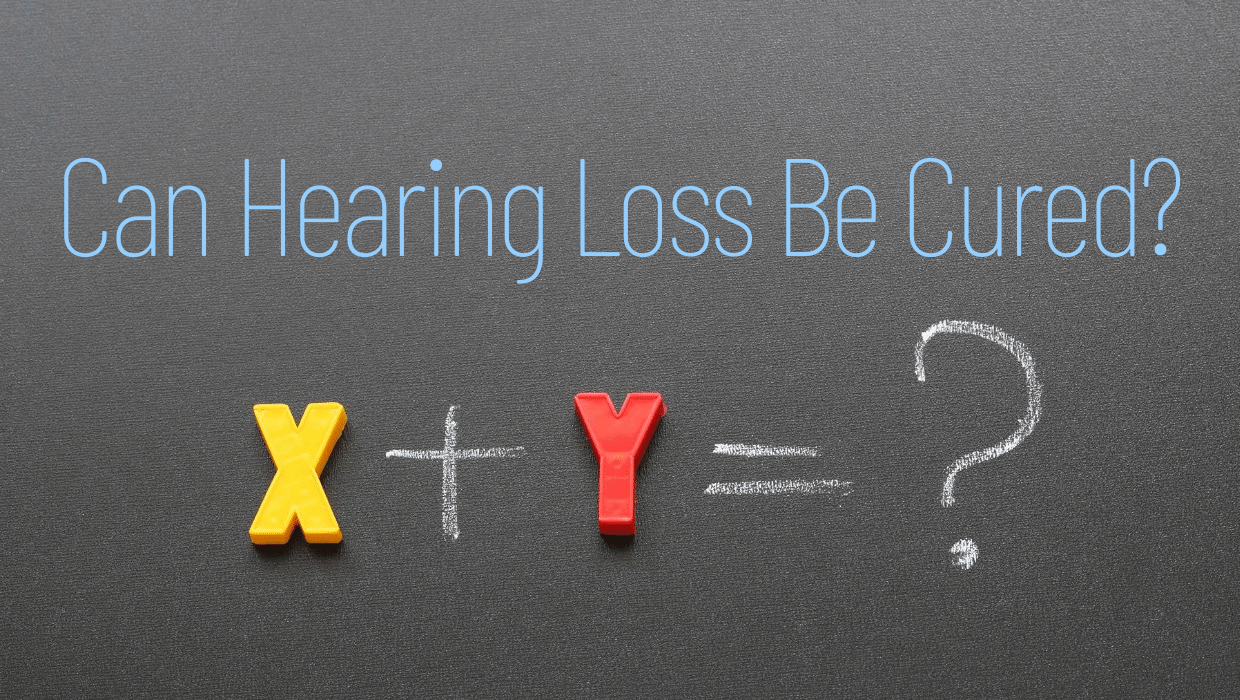 Humanity has tried for centuries to find a cure for deafness and hearing loss. Prior to the advent of modern medicine, horrific attempts at a cure such as blistering or electrocuting the ear had been attempted – believe it or not!

Today, researchers might be on the right track with work on drugs, stem cell research, and gene therapy, though they’ll be the first to admit they’re still a long way off. However, people are living longer thanks to advances in medicine and better knowledge about dietary and health needs, not to mention gene-therapy discoveries in areas of medicine outside otology.

We know that if a person lives long enough, they are virtually guaranteed to experience age-related hearing impairment. Nearly 100% of centenarians have hearing loss. If we are going to be living longer, it will be a good idea to keep our ability to hear while we do it! More and more research indicates that hearing loss itself can engender a cascade of negative health outcomes as it progresses.

Good News On the Horizon

In 2019, there was a breakthrough that gave credence to the potential of gene therapy to cure deafness. It came from research on the OTOF gene, which is responsible for a kind of deafness known as DFNB9. People born with DFNB9 are deaf from birth and are more likely to have deaf children.

DFNB9 is caused by a mutation in the OTOF gene, which allows for the production of the protein otoferlin. Otoferlin is necessary for the cilia (tiny, hair-like cells) inside the cochlea to send their messages to the auditory nerve. People who are deaf from DFNB9 have structurally normal ears, but are simply missing the ability to synthesize otoferlin. Their ears can hear everything, they just can’t send any of it to the brain.

An international team of researchers was able to deliver a healthy OTOF gene to the ears of mice and generate hearing ability in them. They did this by packaging the new gene in a virus called AAV, which targets the cells of the inner ear but causes no symptoms and provokes no immune response. Once the virus enters the cochlea, it replaces the OTOF gene and otoferlin begins to be created inside the ear.

One of the biggest problems solved during this experiment had to do with the size of the gene. The OTOF gene is actually larger than the AAV virus. Researchers were able to break the OTOF gene in half and package each half in different viruses, with a “signal” engineered in to make the two halves of OTOF connect together again once they were inside the ear.

This has major implications going forward: once genes are identified as the cause of one kind of hearing loss or another, they can be delivered to the ears via this virus method even if their size is greater than that of the virus itself.

The Stanford Initiative to Cure Hearing Loss (SICHL) estimates that there are a few hundred genes implicated in hearing loss, and about half have been identified. SICHL aims to discover a cure for hearing loss, tinnitus and vertigo with research on the inner ear. They investigate all four key areas of promise: stem cell research, gene therapy, molecular therapy (drugs) and “targeted neural stimulation.” The last of these is an idea of how to treat common forms of hearing loss by bypassing the damaged outer cilia and creating a more normal vibration response within the inner ear for the remaining, inner cilia. This treatment also suggests success at eliminating the sensitivity to sound, where normal sounds are painfully loud, that some people experience with hearing loss.

SICHL notes that they have discovered, through their research, that nearly all forms of hearing loss have a genetic component, suggesting that gene therapy and stem cell research will be an important part of any eventual cure.

The “Hear” and Now

While any successful cure for hearing loss is still far in the future, people with hearing loss today can make good use of hearing aids. Hearing aid technology is also rapidly moving forward, with powerful yet tiny computers inside that can help reduce background noise, listen directionally, integrate with Bluetooth and other technologies, and even help alleviate tinnitus with built-in masking sounds.

If you’re having issues with your hearing, get a hearing test today and see how your life can improve with hearing aids.