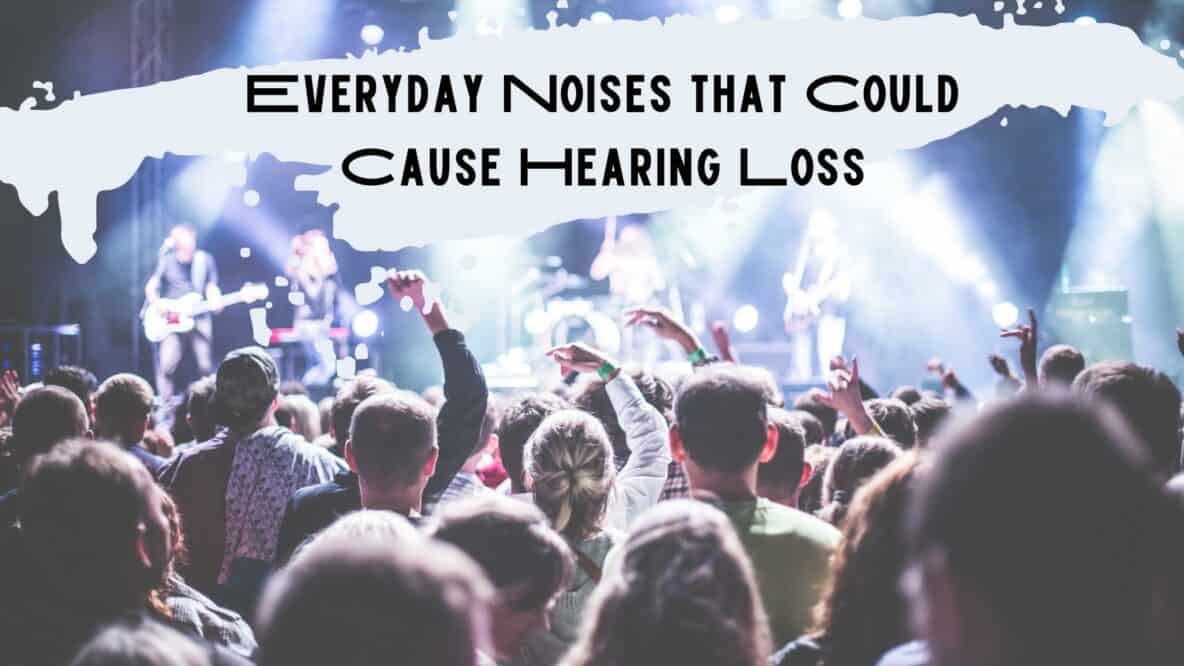 The most common cause of most hearing loss is caused by exposure to noise past the threshold. There is a good chance that many people who suffer from presbycusis have cases caused by a lifetime of listening to loud sounds. We hear with our ears, but it is the job of tiny hair-like cells called stereocilia to transform audio signals into electrical pulses sent to our brain. In our brain is where we interpret speech and identify sounds. When sounds pass a certain threshold, the vibrations become extreme enough to cause damage or destruction to the fragile stereocilia, causing permanent noise-induced hearing loss

How Loud is Too Loud?

The intensity of sound is measured in decibels. Any decibel level over 85dB is considered loud enough to damage the stereocilia. It is important, however, to note that it is not just the level of exposure but the length. Every increased decibel equals ten times louder than the one before. This means that 95 decibels are 100 times louder than 85dB. 85dB takes about eight hours of consistent exposure for damage to occur, but at 95 decibels it can take around 50 minutes. Most of us know that a work shift is a particularly common environment to suffer from NIHL due to the long hours of exposure, however, other everyday noises are just as dangerous. Here are just a few:

Lawnmowers typically register at 80 to 85 decibels. As long as it takes less than eight hours to mow your lawn you should be fine, but it’s a good idea to wear protective headphones while you mow anyhow. However, if you also enjoy leaf blowing in fall and snow blowing in the autumn, these devices can reach 100 decibels – loud enough to damage your ears in around 15 minutes. For machines like this hearing protection is essential.

Listening to music with headphones (up to 110 dB).

It may be tempting while you mow to listen to music or radio for long hours. However, in an attempt to drown out the sound of your machine you will be tempted to turn up the music louder than normal. Personal listening devices are perhaps one of the largest problems in promoting high instances of NIHL across age gaps. These personal listening players can create decibel levels as high as 110 dB, loud enough to damage hearing in about a minute.  With the long hours that people listen to music and media, this is one of the greatest risks for the ears of every generation. To protect your ears, try investing in noise-canceling headphones. These amazing headphones cancel out background sound, so you won’t be tempted to turn up the volume. As a general rule, keep your headphones below 60% of the volume capacity and make sure to take listening breaks at least every hour.

Any time you go somewhere with high crowds it’s a good idea to come prepared with hearing protection. Just the multiple conversations alone can create decibel levels that surpass safe listening levels. If you enjoy live sports games it’s a good idea to be prepared. A University of Michigan study found the sound levels at baseball games averaged 94 decibels but could be as high as 114 decibels.

Similarly, if you enjoy live music come prepared with earplugs. One study found that sound levels at live music performances average around 112 decibels, with peak levels of 127 decibels. You might think this only includes rock, hip hop, and pop, but think again. Even classical music can reach decibel levels loud enough to cause hearing damage.

Know the level of sounds around you. It’s a good idea to download a decibel reader available for free on most smartphones and devices. If you detect unsafe listening levels, wear your hearing protection proudly. To find out more, schedule a hearing consultation today.